SERGEANT STUBBY IN THE GREAT WAR
1

Book Cover Art by Ira V. Gates.  Artist's Bio...
About the Author...
Melissa Pilgrim has over 20 years of experience writing in all mediums—film, TV, theatre, and book publishing. She has had 4 screenplays optioned, 1 TV series optioned, and has been hired to write for various film and TV production companies including Martin Sheen's ESP Productions. She has had 16 plays for children and teens produced in theatres from Chicago to Fort Lauderdale. She has edited 12 books in a variety of genres in both fiction and non-fiction with authors from L.A. to N.Y.C. She has 2 books published, Animal Motions, a children’s picture book and app (published by Indigo River Publishing), and Sergeant Stubby In The Great War, a historical fiction novella for young readers.
Ira V. Gates studied art at Pensacola Junior College and started his career as a graphic artist at the Pensacola News-Journal newspaper where he has continued to work for over 35 years. Throughout that time Ira has won numerous awards for his artwork, including "Best of Gannett's Newspaper Illustrations" and placed second in the "National Society of Newspaper Illustration & Layouts Awards." He has done illustrations for various magazines and ad agencies including Florida Outdoors Sportsman and the Weekender. He has also illustrated several books including As the River Flows by Earl Bowden, Animal Motions by Melissa Pilgrim, and The Adventures of Billy Butler: Billy the Astronaut by Dave Goodenough. 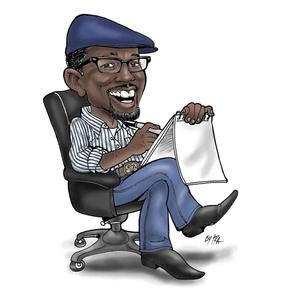